The Fight For Independence – Part II (The Americans) 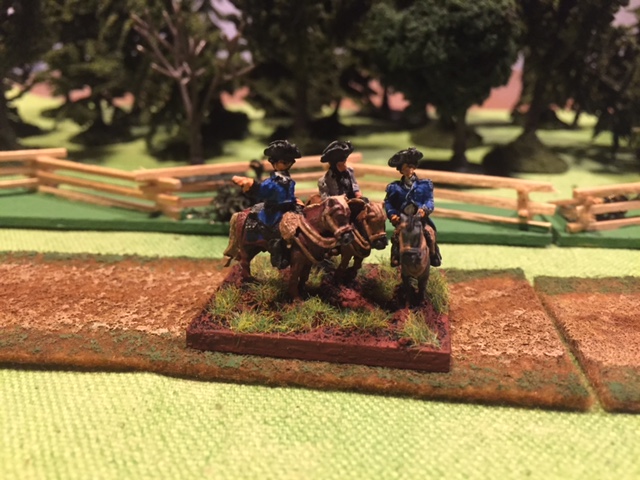 Continuing from Part One of my AWI-DBA project, here are the American units, again wonderfully painted by Paul Potter: 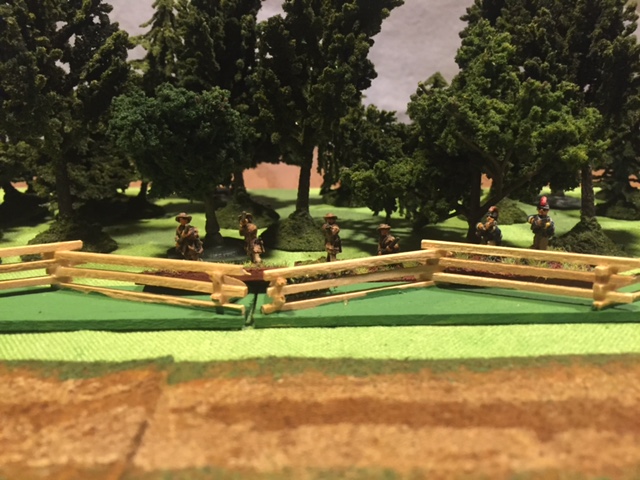 The American Commanders (HQ or CnC element on left) 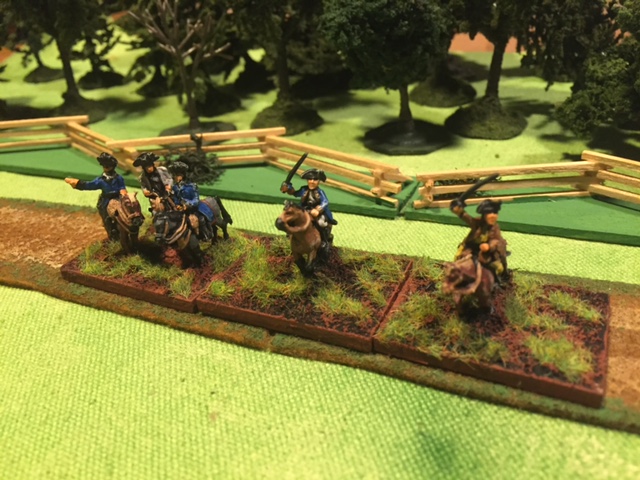 The Artillery (Left – Continentals on 6PDr and Militia on 3Pdr) 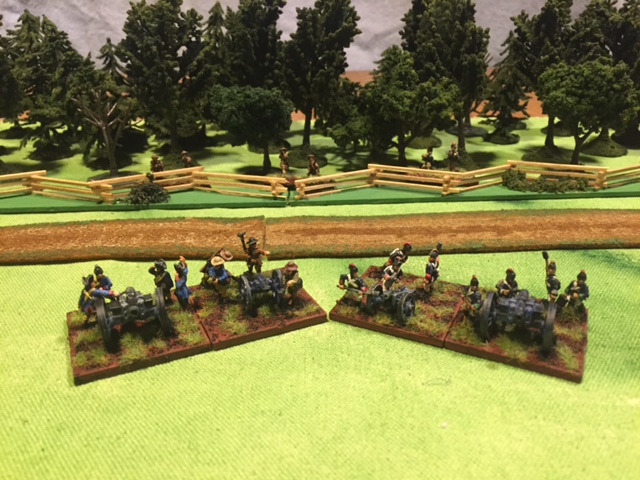 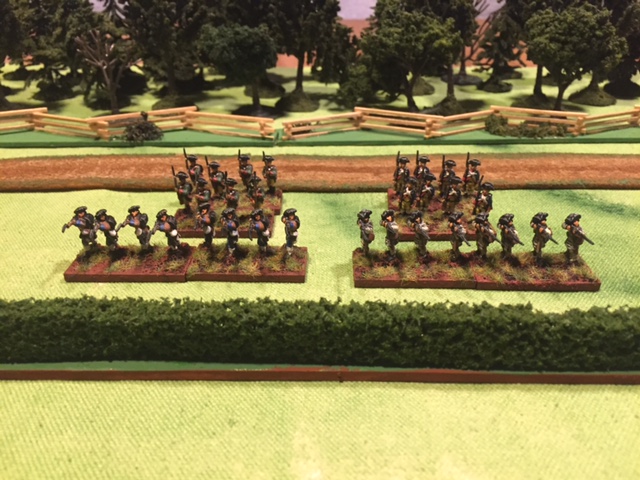 The two elements in right rear are painted as Maryland line (and can represent one large or two smaller regiments, e.g. the 1st and 2nd Maryland).  The two elements at right front are in hunting shirts and depict line units from Virginia.  The balance are generic continental regulars. 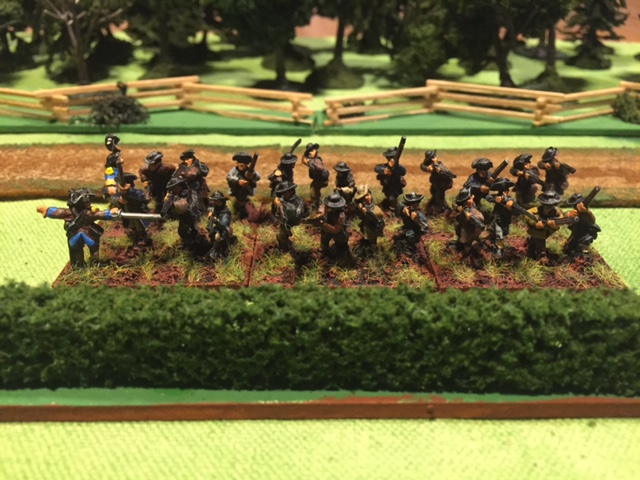 More militia than you can shake a stick at, painted here in drab colors intended to reflect the hardy settlers of Virginia, the Carolinas and Georgia who fought with Nathanael Greene and under such notable militia leaders as Daniel Morgan, Andrew Pickens, Francis Marion, and Thomas Sumter.

No French allies (yet), but there’s room for 2-3 more elements in my storage box for a future addition.

Astute viewers of both posts will note that regimental units (especially the British) are depicted with two elements, instead of the normal one.  This was my tip of the hat to the disproportionate unit sizes that appeared frequently in the AWI, with many U.S. forces comprised of assorted militia companies and detachments from continental regiments fighting British forces comprised of units often fielded at regimental or battalion strength (minus their lights and grenadiers).  My thought is that a two element unit costs the same as two one element units of the same type; can move both elements as a group for one pip; and doubles the number of hits it can take…giving the British units greater resilience than their American counterparts.  It also allows me to play with formations…with a two element regular unit switching from line to column (or vice versa) or even square for a 1 pip move.  Each element shoots independently, but a two element column fights at +1 and shoots as one element.  Just something to test out in hopes of adding some historical flavor.